Alphabet and words of planet Earth

UBD’s contribution to the “alphabet and words of planet Earth”

More than 700 scientists from 50 countries attended the conference with oral and poster presentations. Universiti Brunei Darussalam was represented by the Head of Physical and Geological Sciences of FOS, Dr Basilios Tsikouras. Dr Basilios presented a paper with Aishah Helena Sharif, Haqqim Hamdan, Rahmat Tarif, Hanif Sulaiman and Chee Hui Teo as co-authors, all graduate and undergraduate students of Geology at UBD. The talk was presented under the session “Platinum group minerals and accessory minerals: development in their characterization”. Following a short introduction on UBD and the Faculty of Science, Dr Basilios delivered a talk titled: “Spinel chemistry for the characterisation of peridotites from Sabah (Borneo Island, Malaysia)”, which was prepared based on the recent findings of the research of his team.

This paper is an outcome of a URC Research Project funded by UBD and the trip was sponsored by funds of the same Project. The participants at the conference expressed interest in the ongoing research done by the Faculty of Science at UBD. The conference also opened new avenues for international collaboration with UBD.

The Palacongressi of Rimini, venue of the EMC 2016 Conference in Italy.

Presentation of UBD by Dr Basilios Tsikouras during the EMC 2016 Conference. 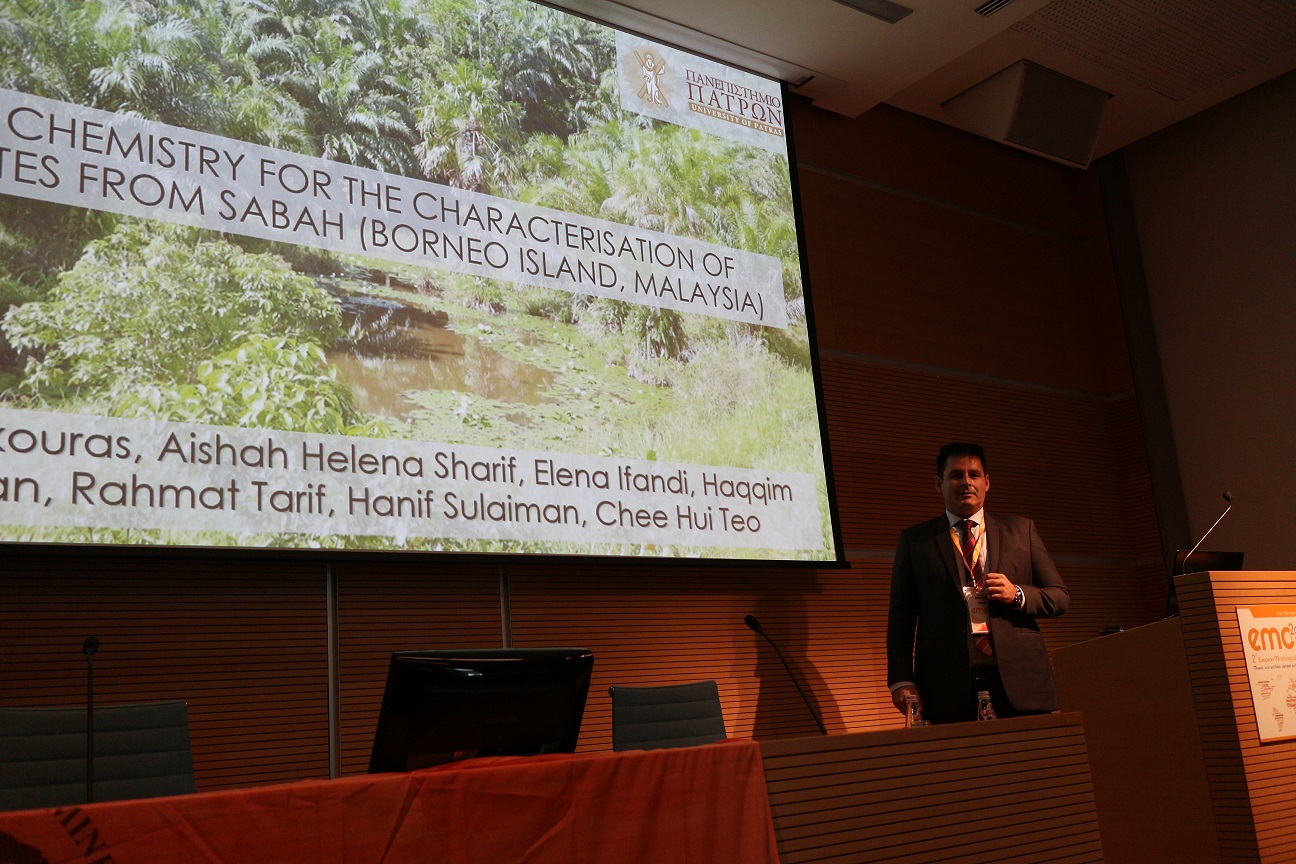 Dr Basilios Tsikouras presenting the research of his team during the EMC 2016 Conference.