A final year UBD BSc student from the Applied Physics program, FOS has successfully demonstrated a way of generating electricity from living plants. Dyg Chai Jia Rong, as a partial fullfilment of her final year Research Exercise, has conducted this research work under the supervision of Dr. Malai Haniti Sheikh Abdul Hamid from the Chemical Sciences program and Dr. Piyasiri Ekanayake from the Applied Physics program.

In this work, Epipremnum aureum plant (commonly known as the money plant) which is a water plant was used as the source of electricity generator. To our knowledge, this is the first study using water plants in the experimental setup which is simple – all-in-one cup. This new electricity generating method from water plants could potentially be one of the solutions for the inceasing demand for green energy.

Fossil fuels have always been the main source of human’s energy supply. As time goes by, fossil fuel reserves are depleting and the intensified burning of fossil fuels have created major problems to the society such as global warming. The global warming is rising at an alarming rate, and alternative ways to generate green energy to lessen the effects are urgently needed. Recently, some big investors have switched their investments towards clean and renewable energy and urge others to join.

In the wake of looking for green energies, researchers are developing a solution where energy can be generated from living plants and it is completely, environmentally friendly. Our experimental setup uses the Plant-Microbial Fuel Cell (MFC) technology concept which was first developed by researchers in Wageningen University, the Netherlands.

A plant under normal conditions, produces organic matter via photosynthesis. Part of this organic matter is used for plant growth, but a large part cannot be used by the plant and is excreted into the soil through the roots. Naturally occurring micro-organisms around the roots break down the organic compounds to gain energy. In this process, electrons are released as a waste product. These electrons can therefore be harvested as electricity. Research has shown that plant-growth is not compromised by harvesting electricity. Therefore, plants keep on growing while electricity is concurrently produced.

Using the living plants we will be able to generate clean electricity around the world, in the back yard or in any suitable wetland or wet area including paddy fields, mangroves and salt marshes. This will benefit some of the most remote and impoverished parts of the world. This technology, we believe, can make a real difference to the lives of these off-grid communities. Also, it will help the people to gradually withdraw, partly or fully, from fossil fuel usage.

In our setup, Jia Rong has demonstrated the ‘plant electricity generation’ using water plants, by lighting an LED during the UBD Pesta Konvo 2016. Although her research project is now over, she is planning to improve the setup to charge a mobile phone in the near future. 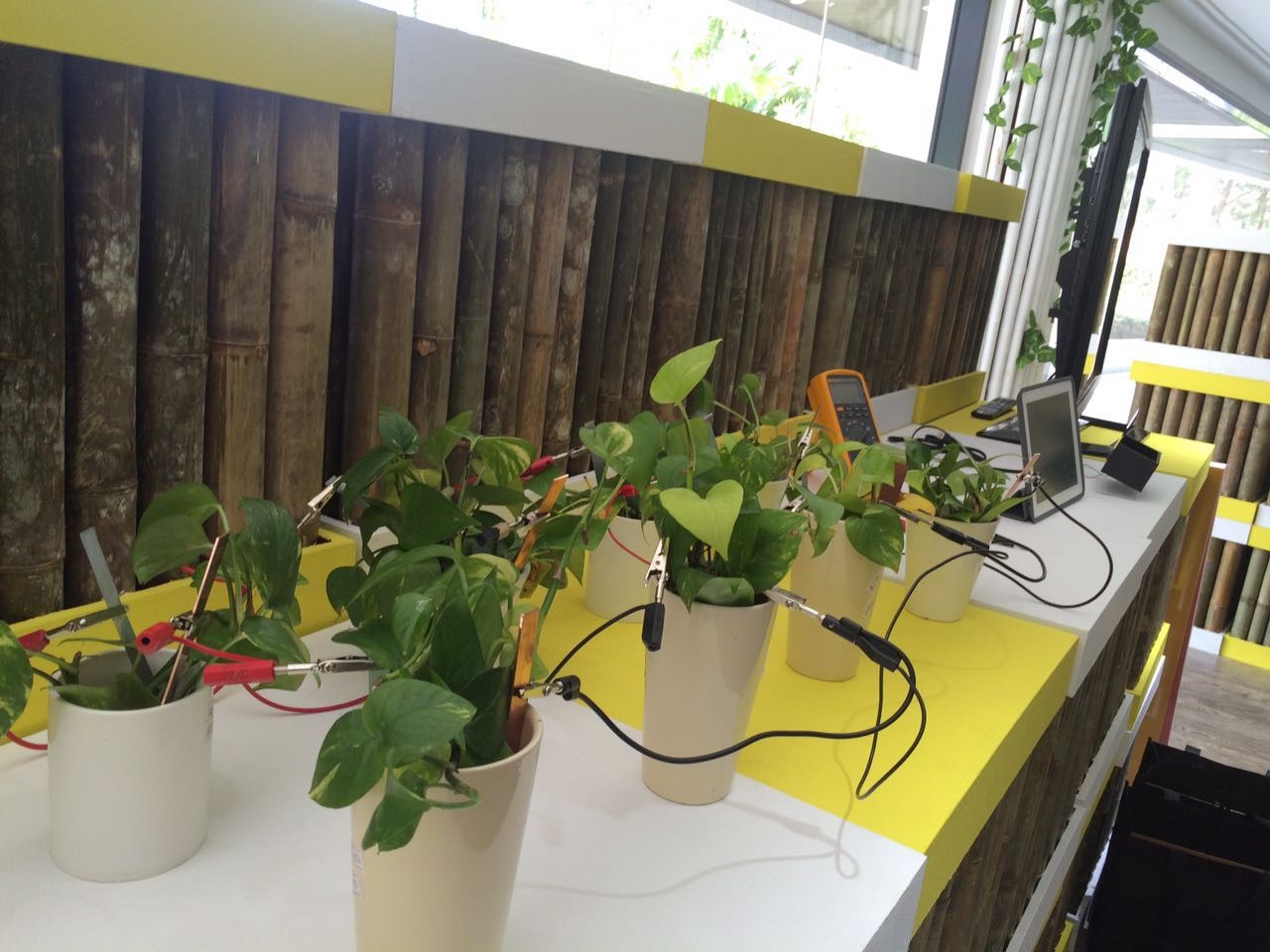 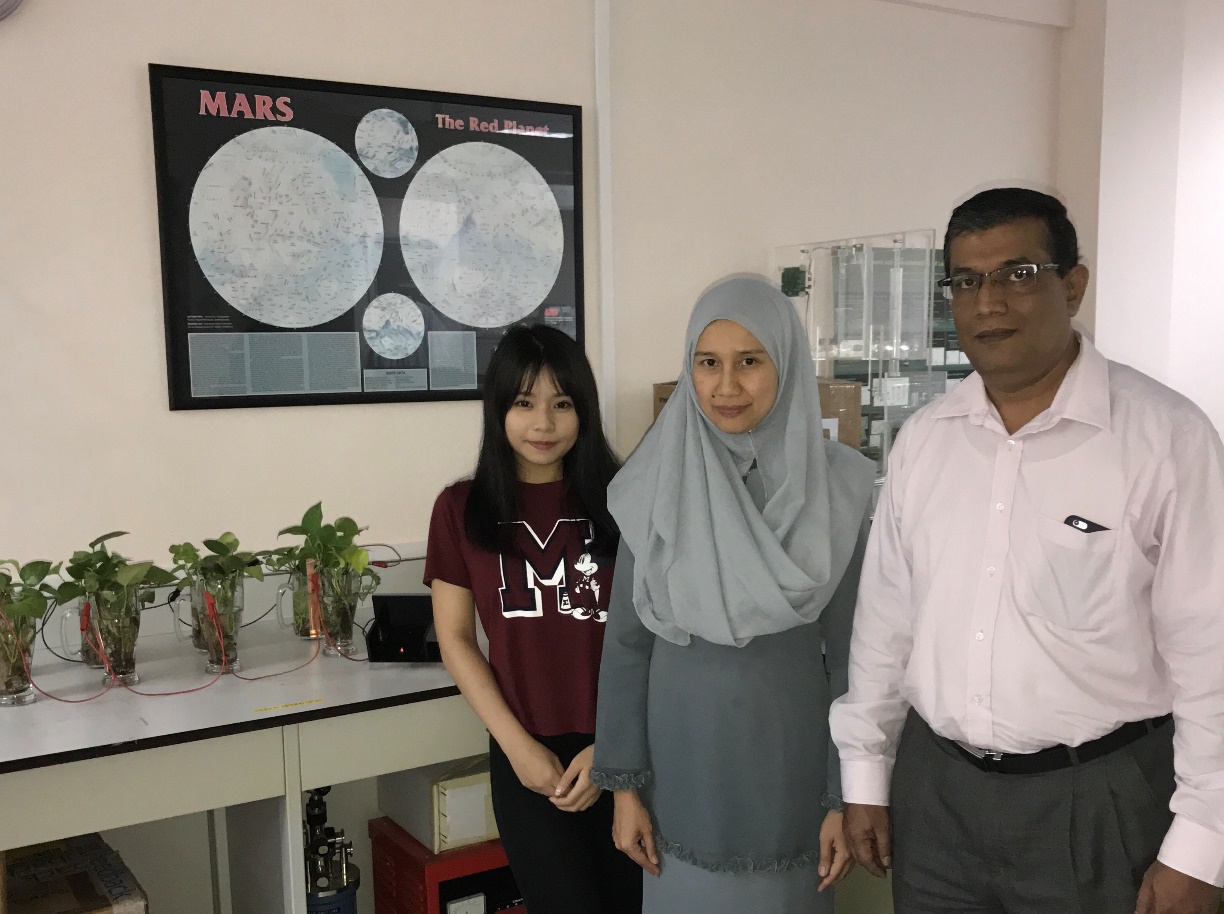 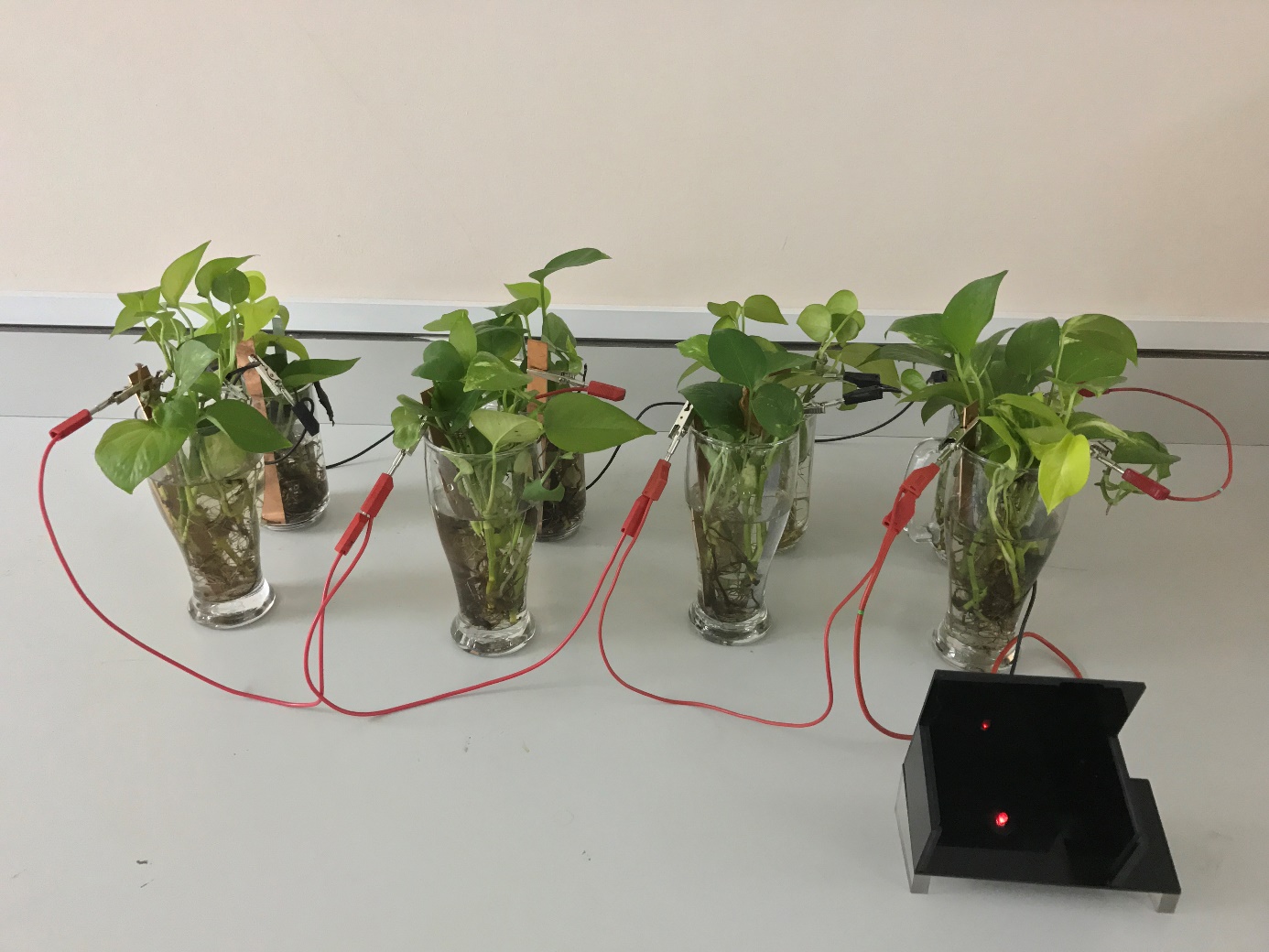