The Geological Sciences at FOS, UBD have had a long established collaboration with Brunei SHELL Petroleum Company, having mutually organised a number of events. Two interesting seminars were recently organised and presented at UBD. The seminars were initiated by the Geology Group at the Faculty of Science and presented by Geologists of the Geophysics Team and the Exploration Department of Brunei SHELL Petroleum. These seminars took place on the 11 October and 9 November 2016 in the Laboratory of Optical Microscopy, located in the new space of the Geology Group, 2nd floor of Block A, Integrated Sciences Building.


During the first seminar, Kurang Mehta, Fabian Ernst, Patrick Stigborg, Jeffry Gunawan and Sukbinder Sharma presented an exciting and motivating seminar which covered fundamental knowledge about seismic imaging and seismic acquisition, as well as techniques of seismic data processing, interpretation and analysis related to petroleum exploration. The seminar was greatly articulated starting with easier and simpler contents and ending with more complicated and advanced knowledge.


Oliver Swientek delivered his stimulating talk during the second seminar, on petroleum system elements. This was followed by a number of exercises, with regards to data interpretation and petroleum exploration from natural systems that excited the Geology students.


The seminars were open to everyone from UBD, but were particularly targeted to the Geology Students. Students and faculty members from Geology were impressed with the skills and knowledge of the presenters. The Geology students actively participated and interacted in these seminars. On the whole, they obtained a fruitful experience in a niche area of the Geosciences, which has always been of great interest in Brunei Darussalam. Both events were honoured by the presence of the Dean of Science Dr. Abby Tan Chee Hong who addressed the Geology Students and gave them his wishes for their studies and careers.

UBD Geology students attending the BSP seminar of 11 October 2016 in the Laboratory of Optical Microscopy at the Integrated Sciences Building.

Geology students along with the BSP presenters Kurang Mehta, Fabian Ernst, Patrick Stigborg, Jeffry Gunawan and Sukbinder Sharma, the Dean of Science Dr. Abby Tan Chee Hong, the Programme Leader of Physical and Geological Sciences Dr. Basilios Tsikouras and Dr. Aminul Islam, staff of Geology at the end of the seminar of 11 October 2016. 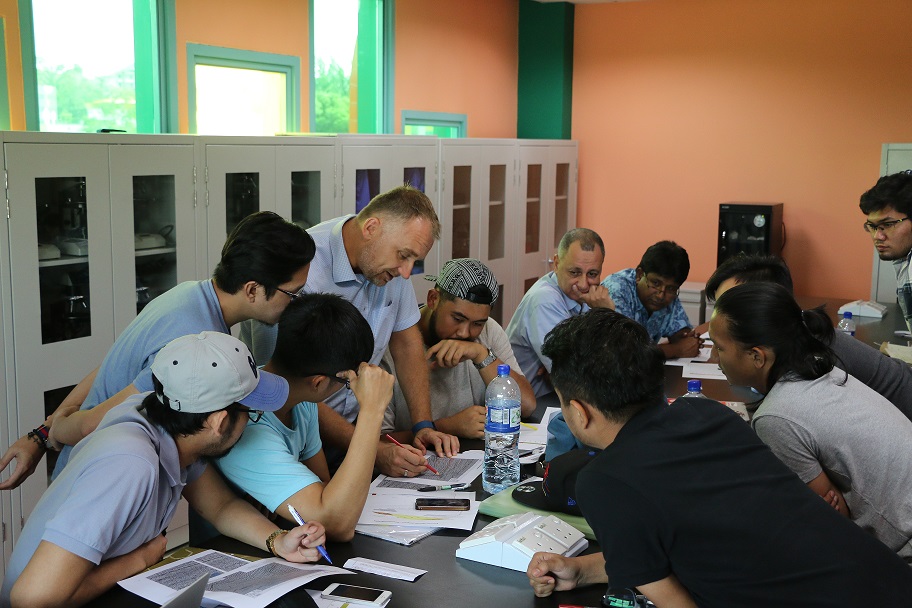 Oliver Swientek an explorationist of BSP explaining an exercise to UBD Geology students during the 9 November 2016 BSP seminar in the Laboratory of Optical Microscopy at the Integrated Sciences Building. 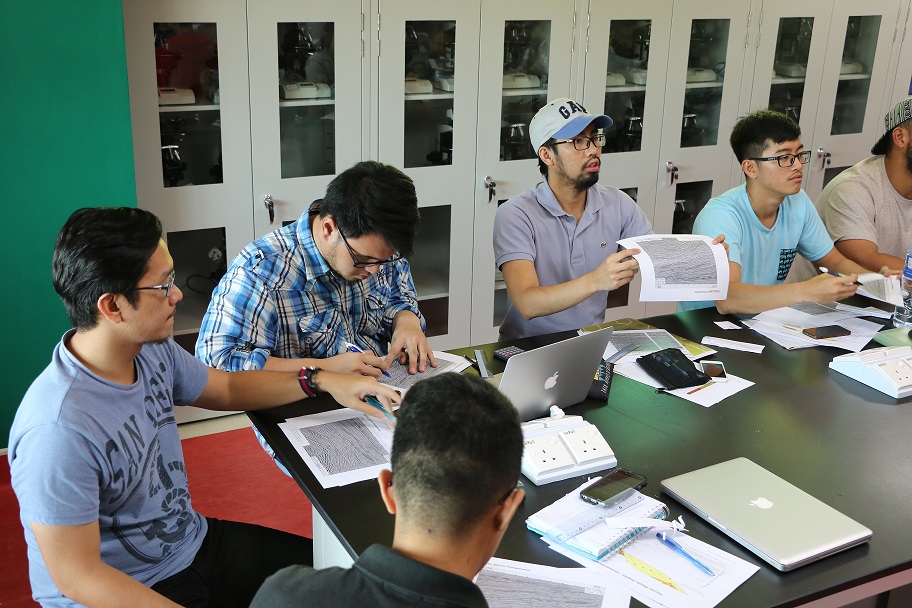 Geology students working on some exercises during the 9 November seminar.