The Seeds for the Future Program is a two weeks program run and sponsored by Huawei Technologies (B) Sdn Bhd, whereby participants were given the chance to visit two main locations in China to experience Chinese cultures and learn about Huawei’s vast operations.

Three students each from UBD and UTB with majors relating to telecommunications were given the opportunity from Huawei to join this initiative. Each institution gathered ten students where they were chosen to undergo an interview process before being finalized as a participant. The three of us, Emerson Chua Kah Kheng, Lim Pei Nee and Dk Nur Syazwina Pg Hj Yasmin majoring in Computer Science were chosen to participate in the program.

The trip was held from the 14th May 2016 to 28th May 2016 in Beijing and Shenzhen. We were guided by Huawei Brunei’s Human Resource and Public Relations Officer, Ms Kitty Yong together with Huawei Brunei’s Business Platform Manager, Ms Jessie Lim.

The first week of the program include an introduction to Chinese language and culture including Chinese calligraphy and painting classes held at the Beijing Language and Culture University (BLCU) in Beijing. We were able to visit popular landmarks in Beijing such as the Summer Palace and the Great Wall of China between lessons, providing the chance to develop a deeper understanding of Chinese culture, history and heritage which could be traced back to thousands of years ago. We also had the opportunity to meet the second secretary of Brunei Embassy in China, Ms Natalie Lee Huan Ying, and performed a Brunei traditional song called “Cabuk-Cabuk” during the opening ceremony.

Following that is a week of first-hand technical learning and training at Huawei’s global headquarters in Shenzhen. There we were able to meet and get to know the other participants from Canada and Ghana. Before classes commenced, we were given tours to the culture village and the Shenzhen museum. We were instructed in lectures by Huawei experts Ms Aster Zhang, Ms Fayetta Feng Yu and Mr Xin Xi Hui. These lectures touched on the topic of “Mobile Internet Application and Development Trend”, “Intelligent Network Application and Development Trend” and “Networking Supporting of Mobile and Intelligent Network”. The materials that we learnt in class were then put into practice in the labs which greatly helped us to gain a better understanding of how the technology actually works.

During the course of the training, we also had the chance to visit two key exhibition halls showcasing Huawei’s latest innovative products such as software-defined Networking Technology, Internet of Things for smart home, smart city and much more. These technologies can be used to provide a faster, safer and easily scalable IT infrastructure to enterprises as well as providing security and emergency services. Finally, we also had the honor of meeting with Mr James Lockett, the current Vice President of Huawei Technologies over the closing ceremony.

The participants from UBD at the Great Wall of China 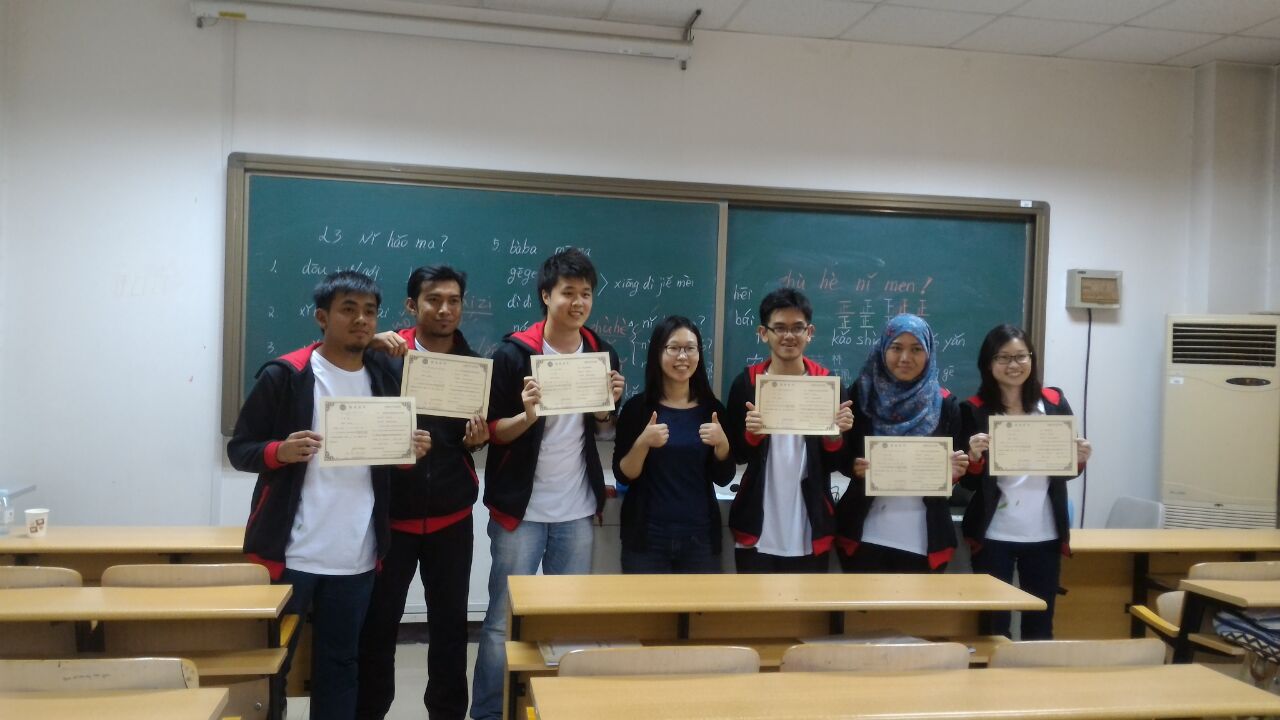 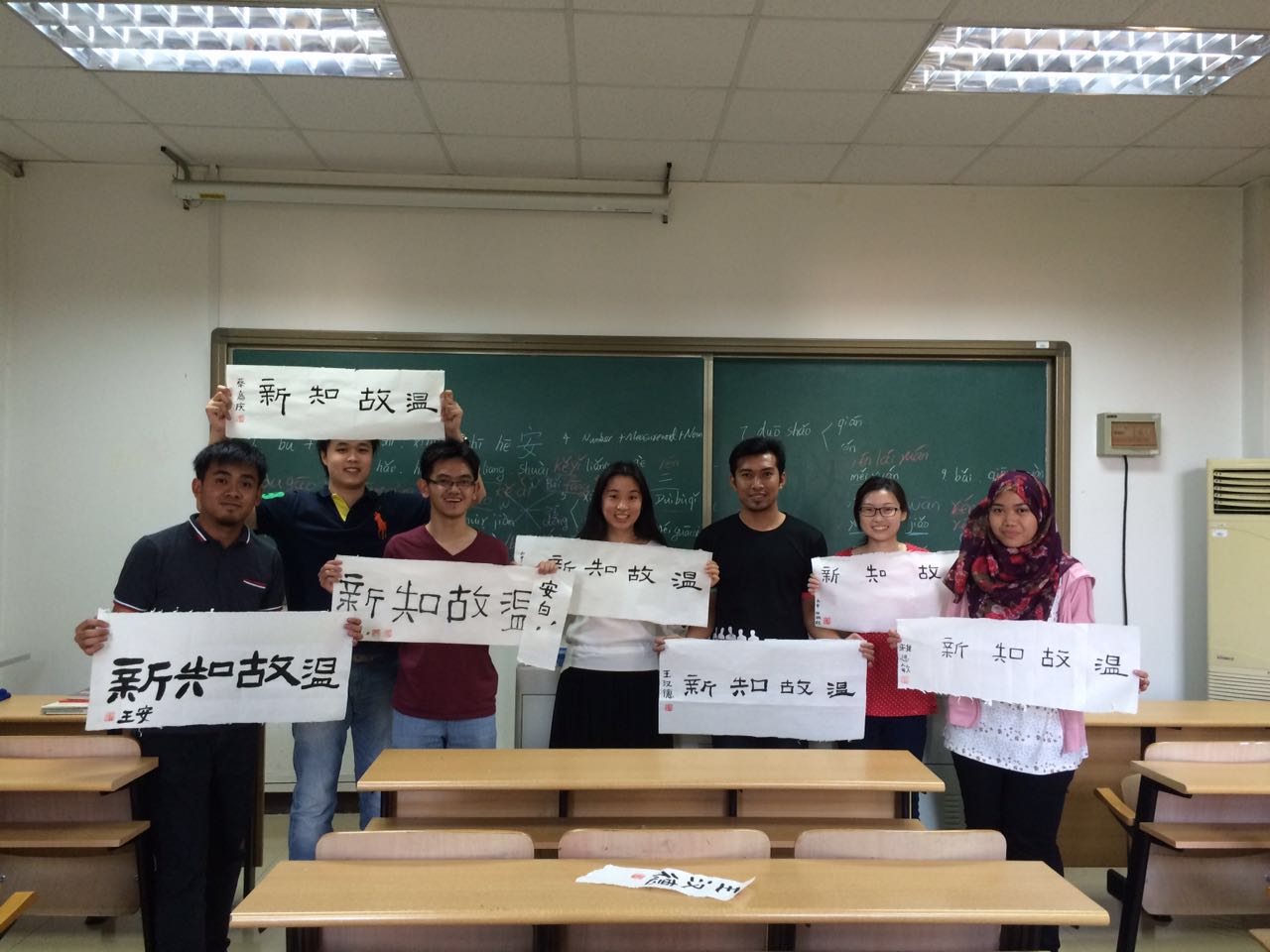 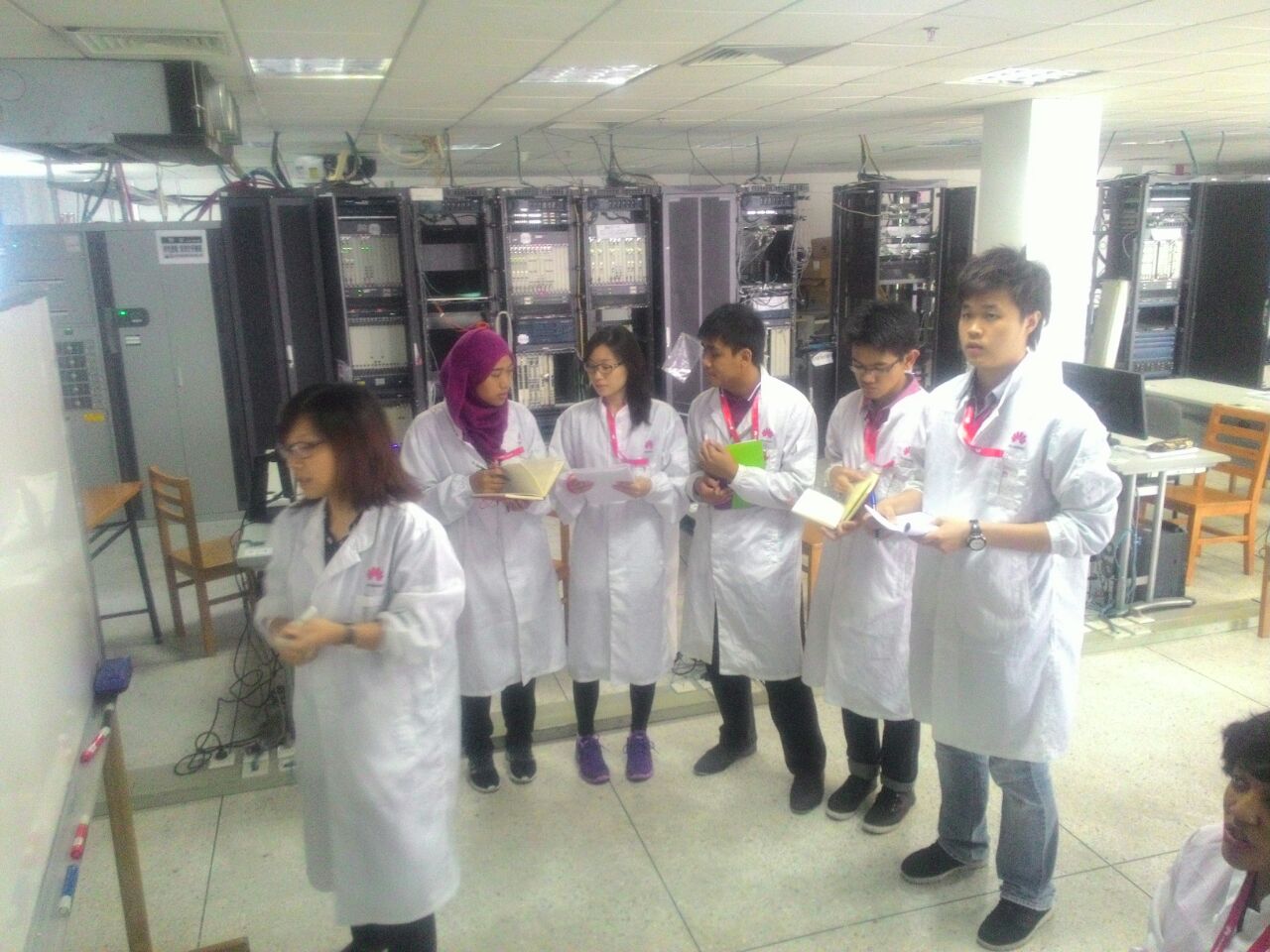