According to new data, there are 73,274 different species of tree on Earth – with another 9,186 still to be discovered

This new global estimate of the number of tree species, published in the prestigious Proceedings of the National Academy of Science (PNAS), is about 14% more than previous estimates of 60,000 species (2017) and 64,000 (2018). “Biodiversity estimation at regional and global scales is challenging because only a tiny fraction of the ecosystem in areas of interest can be feasibly surveyed, and the estimates from these surveys need to be extrapolated to areas orders of magnitude larger,” said Professor Cang Hui, a biomathematician in the Department of Mathematical Sciences at Stellenbosch University.

When concerning tree species, scientists still lack a fundamental understanding of how many species there are – even though trees are among the largest and most widespread organisms on the planet. The team of more than 147 researchers from 153 different institutions worldwide, including Professor Ferry Slik of Universiti Brunei Darussalam, collaborated on the project. They used a ground-sourced global database of about 64 100 species to develop estimates of the number of tree species at biome, continental and global scales. And in using some of the latest statistical methods, their research was able estimate the number of tree species that are currently unknown to us.

The study found that 43% of all Earth’s tree species occur in South America, followed by Eurasia (22%), Africa (16%), North America (15%) and Oceania (11%). The study also estimates that approximately 9,000 species remain to be discovered. This study has highlighted the vulnerability of global tree species to man-made changes to land use and future climate. The authors said: “Losing regions of forest that contain these rare species will have direct, and potentially long-lasting, impacts on the global species diversity and their provisioning of ecosystem services. 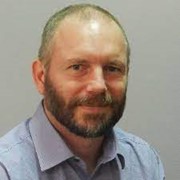 FOS academic Professor Ferry Slik was one of a 147-strong team of researchers from 153 different institutions worldwide that contributed to the PNAS paper entitled “The number of tree species on Earth”.

Graphic from the PNAS paper indicating the number of tree species and individuals per continent.