The award ceremony was held on 24th November 2021 virtually with the member countries of CCOP for the 57th CCOP Annual Session. Acting Deputy Director General of Public Works Department, Ir. Norazmi bin Haji Othman as the Chairman of National Committee of Geosciences, and the Brunei Darussalam’ Permanent Representative to CCOP, attended the ceremony.

PhD candidate Siti Lieyana and her research supervisor, Dr Stefan Herwig Gödeke, also participated in the ceremony, where she presented her research proposal titled, ‘Ground and surface water quality investigation for irrigation purposes in Brunei Darussalam’. The research aimed to provide a general overview of the ground and surface water geochemistry and their suitability for irrigation use.

According to Siti Lieyana, the research will contribute to the Brunei Government’s national irrigation agenda and efforts to achieve sustainable agricultural production goals.

Acknowledgements were given to Brunei’s National Committee of Geosciences and Public Works Department of the Ministry of Development as the Brunei Darussalam’s representatives to CCOP for their support and assistance during the application of the research grant.

Siti Lieyana also thanked the Department of Agriculture and Agrifood of the Ministry of Primary Resources and Tourism, Acting Director of the Department of Agriculture and Agrifood, Hajah Masliana Yuliah binti Abdullah, and the head of irrigation and drainage unit, Mohammad Faizan bin Ibrahim for their support and valuable discussions during the preparations of the research proposal. 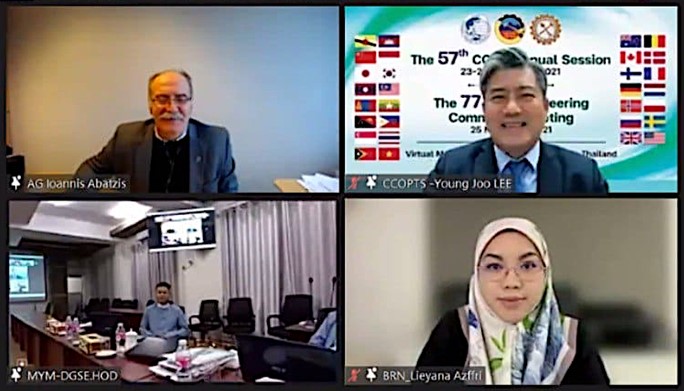