How flying snakes and their relatives glide, climb, and feed

Brunei’s forests and gardens are home to hundreds of snake species, but none have perfected the art of flying as well as the Paradise Tree Snake. Taking a leap of faith, they can glide with astonishing precision from tree to tree in pursuit of their lizard prey. Within fractions of a second they can double the width of their bodies to become essentially a flat, undulating airfoil. Who better to study this astonishing behavior in the Paradise Tree Snake and its relatives than Prof Jake Socha, the World’s expert on flying snakes.

Prof Socha and his BSc and PhD students from Virginia Tech (VT), spent five weeks in June and July 2022 at the Faculty of Science (FOS) testing the ability of snakes to glide, climb and feed. They were hosted by Prof Ulmar Grafe from the Faculty of Science, UBD. The visit coincided with the showcase of the UBD-VT laboratory dedicated to the study of bioinspiration, a discipline merging the fields of biodiversity research, engineering and bioinformatics.

Snake gliding has inspired engineers to develop airfoils for autonomous robots. Likewise, snakes use a form of motion known as cantilever motion during which they reach headfirst towards their target location while using the posterior portion of their body to provide stability and adequate rigidity. Extreme cantilever behavior occurs in some tree snakes. Experiments carried out by Prof Jake Soch at FOS showed that snakes were able to reach upward and outward by 75% of their body length. This cantilever and concertina locomotion, used by tree snakes, can inspire how to build robots for tasks such as rescue, disaster recovery, pipeline inspection and minimally invasive surgery. 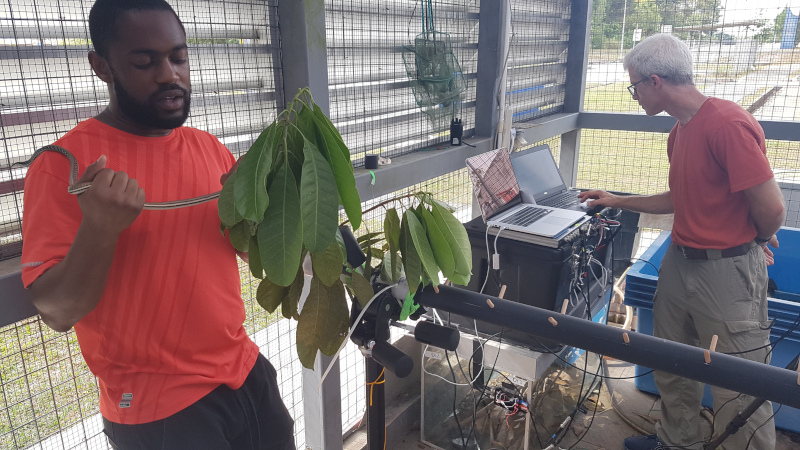 Prof Jack Socha (right) and his student (left) performing experiments to test the ability of snakes to glide, climb and feed. 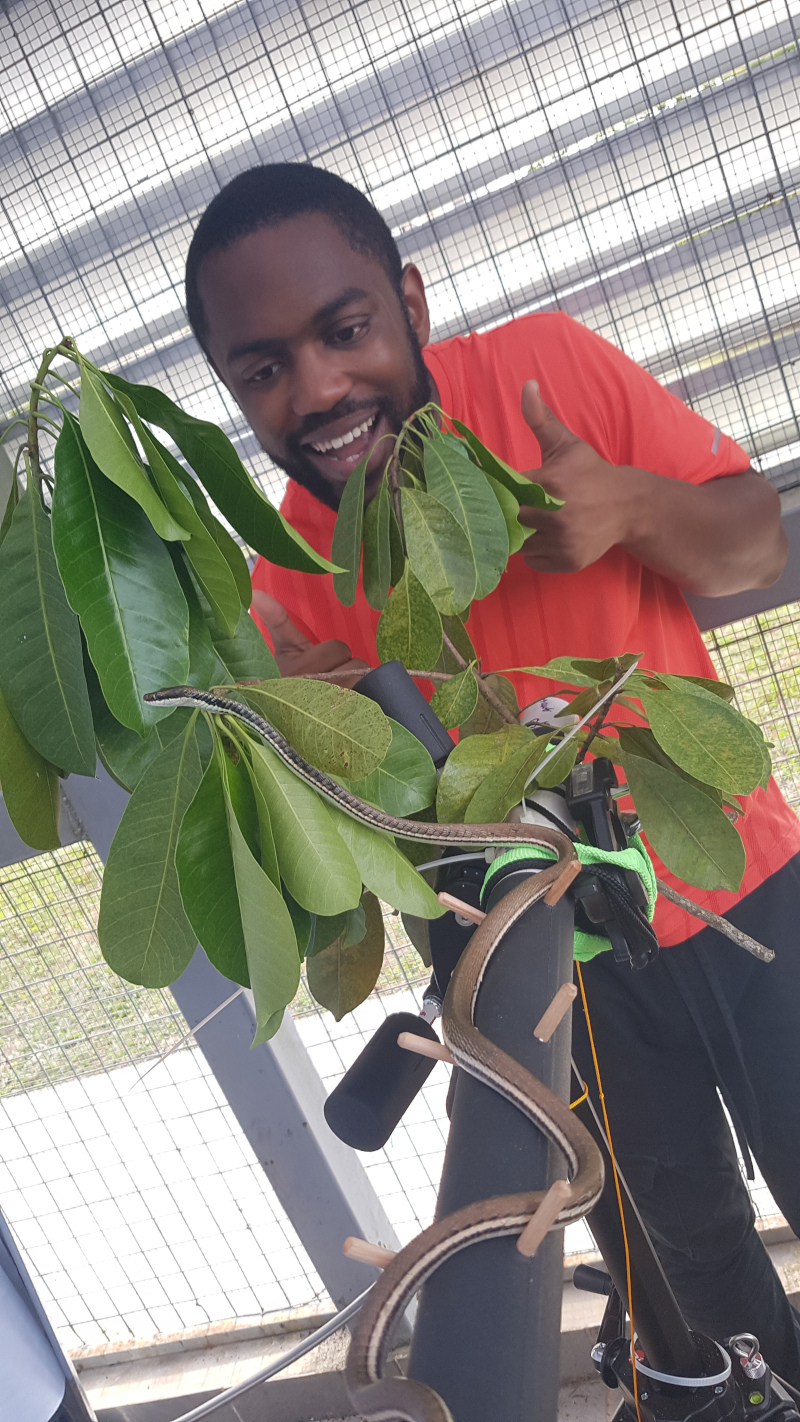 One of Prof Jack Socha's students handles a tree snake between experiments.