Previous data show that an ordinary hazard turns into a major disaster in poor and less prepared nations. Climate change hazards will follow the same path, which could metamorphose into large-scale devastations in the poor and developing world. The ongoing debates to address the problems of climate change-related scenarios in the world are mainly circling the financial mechanisms of low carbon emissions, mitigation, and adaptation.

Unfortunately, little to no action-oriented strategy is being formulated to address the elephant in the room: the loss and damage associated with climate change. Therefore, to address these painstakingly complex issues of climatic disaster-related international funding mechanisms for South Asia, Prof. Saleem Huq, a renowned scientist on the climate crisis, along with his team have established the International Centre for Climate Change and Development (ICCCAD) in Bangladesh and a proposal to develop a Global Resilience Partnership (GRP) on Climate Resilience Academy for South Asia. He has authored the third, fourth and fifth assessment reports of the Intergovernmental Panel on Climate Change (IPCC). He is a contributor and advisor for the Least Developed Countries (LDC) group in the United Nations Framework Convention on Climate Change (UNFCCC).

Dr Afroz Shah from the Geosciences programme in the Faculty of Science, UBD, was part of the second cohort of the Climate Resilience Academy for South Asia, who met in person in Dhaka, Bangladesh, between 26th and 30th August 2022. The workshop was highly beneficial in highlighting the Loss and Damage agenda that has been discussed and deliberated in various Conferences of the Parties (COP). Currently, workshop participants are working on a Knowledge Product to map the Loss and Damage associated with the climate change-related sea level rise in South Asia, which will be a crucial publication from the workshop and will lay the foundation for future work on Loss and Damage. 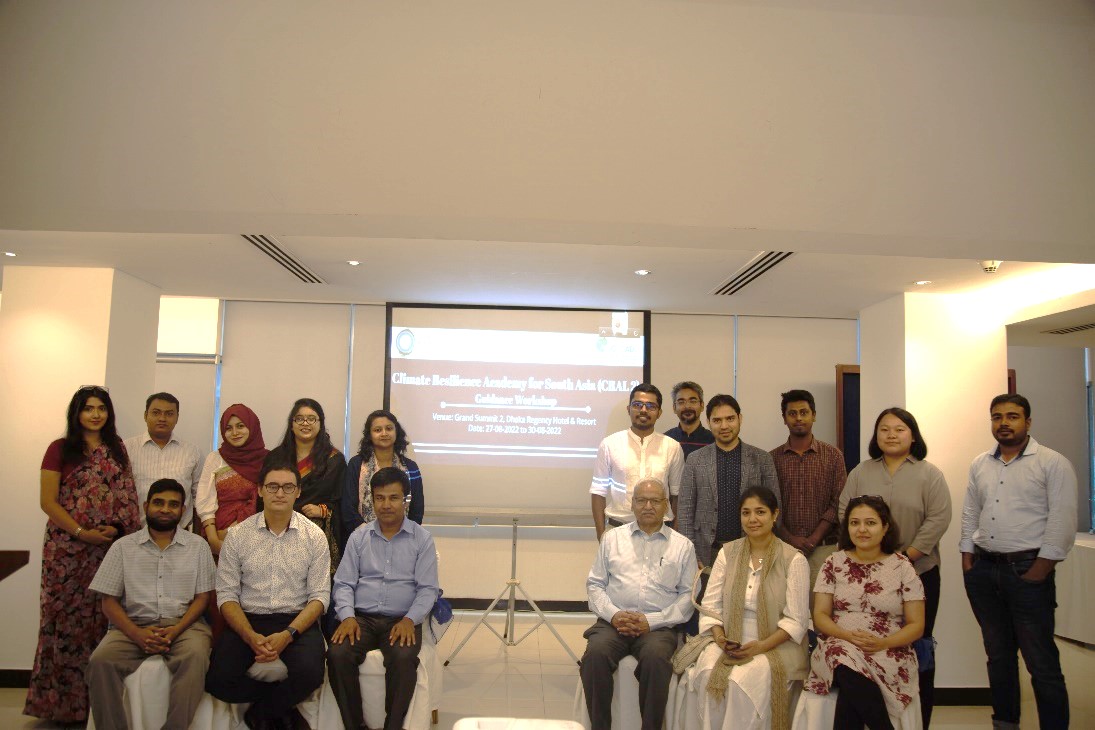 Participants at the second workshop of the Climate Resilience Academy for South Asia (CRAL 2) in Dhaka, Bangladesh.