The Borneo Earless Monitor (Lanthanotus borneensis) is a rare Bornean endemic lizard, the only known species in the family Lanthanoidae, an ancient lineage of lizards. Despite the name, earless monitors are capable of hearing, although they lack an external visible ear. Similar to snakes, they have a forked tongue that is used to smell their food. So far, this small monitor has been found only in the coastal lowlands of northern Sarawak and West Kalimantan.

This “living fossil” is now confirmed to occur in Brunei Darussalam thanks to the unexpected, exciting discovery by Justin Jeffrey and Jerry Wong. Braving a heavy thunderstorm to search for reptiles on the evening of 4 October 2022, they discovered the earless monitor lizard in a primary forest in Ulu Temburong clinging to a tree root near a torrential stream. Realising the significance of the discovery, Justin blurted out, “rough skinned, prehensile tail – this must be - no cannot be – it is!”.

This discovery highlights the value of continuous impact of UBD’s Faculty of Science (FOS) and the Institute of Biodiversity and Environmental Research (IBER) in science and conservation. On hearing the news, Professor Dr Ulmar Grafe from FOS, who specialises in the study of amphibians and reptiles, commented, “This is probably the biggest reptile find coming out of Brunei – ever”.

Thankfully, the lizard is already totally protected by the 1984 Brunei Wildlife Act due to the conservation efforts of the Wildlife Unit at the Ministry of Primary Resources and Tourism (MPRT). It is hoped that other endangered animals, such as the Sunda Pangolin, will also be totally protected by including them in an updated Wildlife Act. Illegal wildlife trade is a serious offence and we should not close our eyes to it. 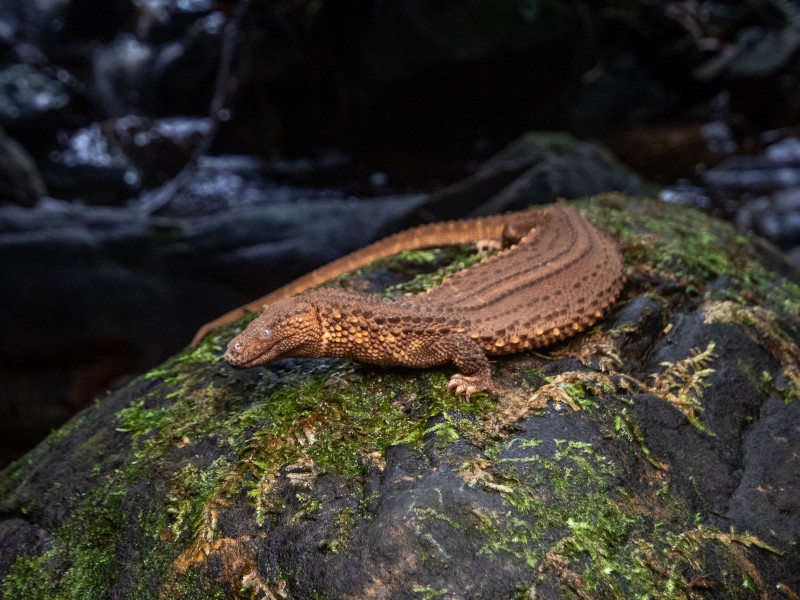 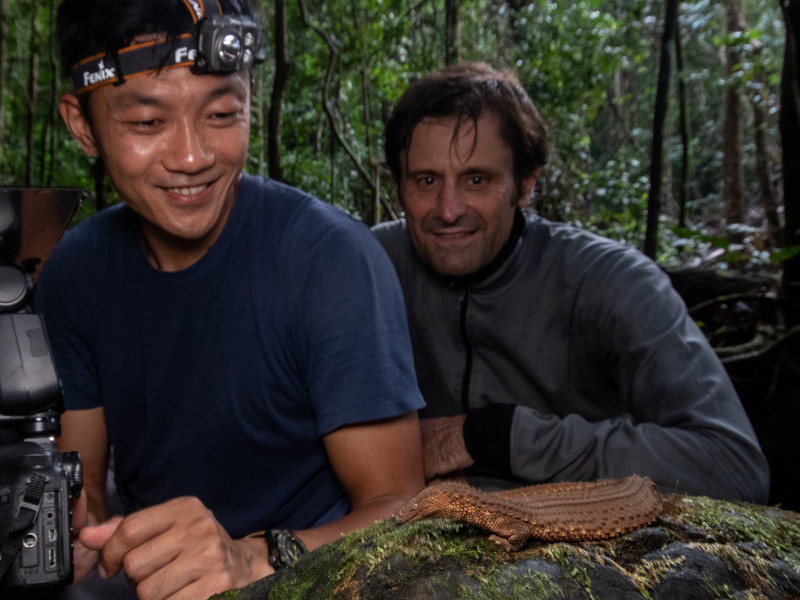