The first thing that usually comes to mind when the word “seaweed” is mentioned is sushi. In the making of sushi, seaweed is used either in its wet or dry form before it is served and consumed.


A group of students from FOS’ Environmental and Life Sciences Programme are hoping to diversify the use of seaweed and commercialise its potential in other ways. Siti Nadhirah Hj Abd Lamit (Master of Science in Biology by Research), Mazarinna Matkasim, and Amir Hj Abd Latif (both Bachelor of Science in Biology students), under the supervision of Senior Assistant Professor Dr Yasuaki Tanaka from the Environmental and Life Sciences Programme, aim to identify all the different types of seaweed species they can find in Brunei. 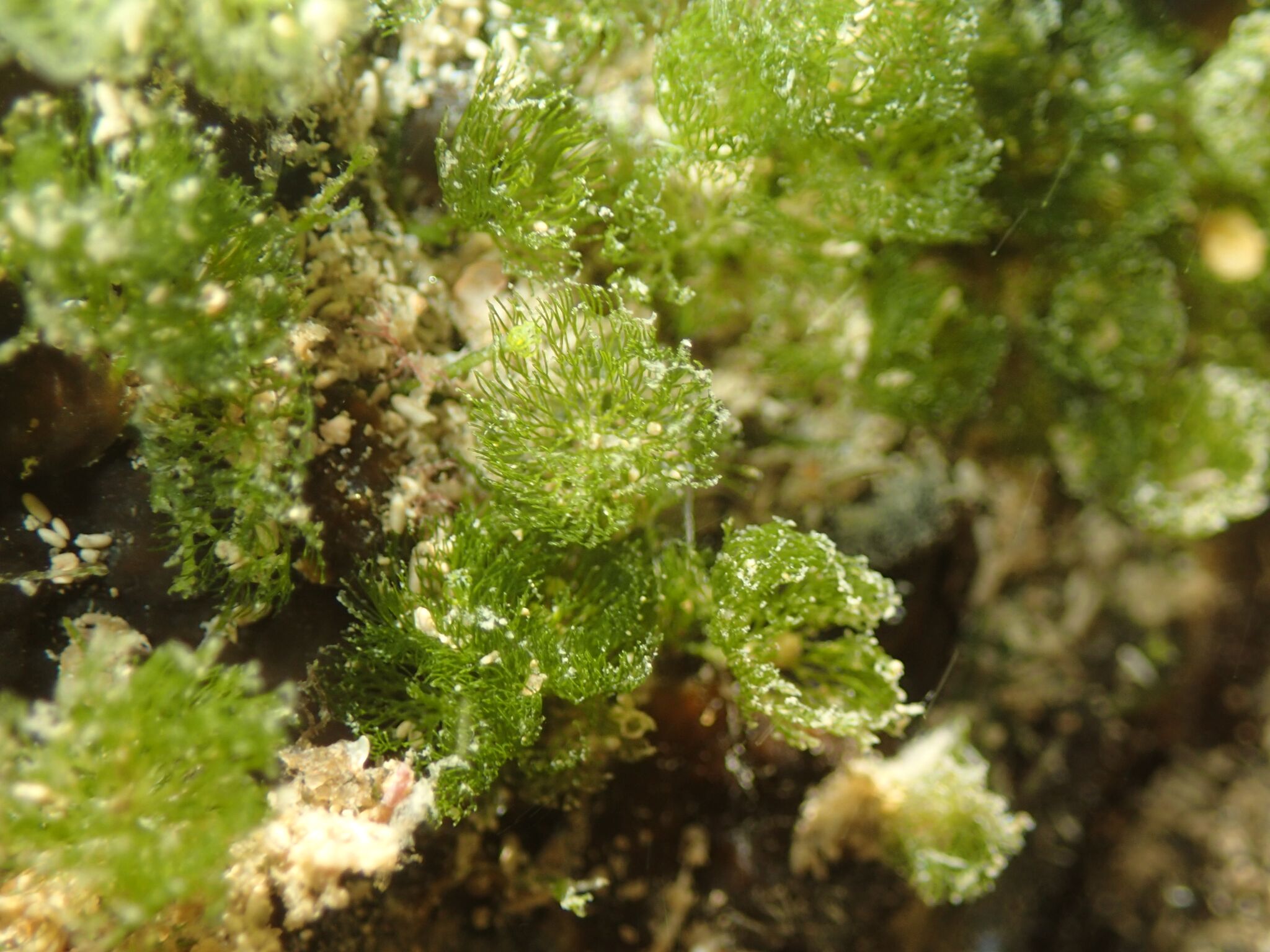 Caulerpa verticillata is a species of seaweed in the caulerpaceae family which is found in warmer waters. Photo: Courtesy of Siti Nadhirah Hj Abd Lamit


Siti Nadhirah explained that the study of seagrass and seaweed is quite new to Brunei Darussalam and she was intrigued to learn more about their distribution, diversity and uses. She said the idea for the research began when she was first introduced to the different types of seaweed during her Discovery Year at Universiti Putra Malaysia in 2015. She had the opportunity to collect different types of seaweed at Port Dickson, Malaysia as well as identify and culture them. She explained that seaweed can be easily cultured in culture tanks with sea water and they can grow by absorbing nutrients from the sea water.


She was also introduced to the different species of seaweed that can be consumed fresh—such as Caulerpa lentillifera, or sea grapes. As a result, she decided to focus her study on the diversity of marine flora and their potential for commercialisation.


So far, Siti Nadhirah and her team have identified 43 species of seaweed and seven species of seagrass from the coasts of Brunei including Brunei Bay. The 43 species of seaweed fall under three major classifications: green, brown and red algae. She lamented that although seaweed can be roughly distinguished from their colour and morphology, specific identification is always a challenging process and requires microscopic observation and ID confirmation from experts.


The team have also discovered the aforementioned sea grapes (Caulerpa lentillifera), which can be eaten fresh and tastes just like caviar, and are known to be quite expensive in other parts of the world. Siti Nadhirah adds that they will attempt to culture this species in the aquaculture industry, and eventually turn into a delicacy that will be sought after at markets and restaurants in Brunei.


From this study, Siti Nadhirah hopes that seaweed will be studied extensively in the future as they possess many uses, ranging from medicine to bio-fertilisers, bio-filters and even cosmetic products. She explains that this versatility is the advantage of seaweed research. She also hopes that one day various industries related to seaweed will start and develop in Brunei. To her knowledge, a dedicated seaweed industry still does not exist in Brunei. She adds that she and her team will continue to get a further understanding of marine flora in Brunei to make up a proper strategy for their conservation in the future.


FOS is actively involved in UBD’s research-centralising efforts. Over the past seven years the sciences, via the courses offered at FOS, have played a significant role in developing pioneering outcomes in research and innovation. The advancement of the sciences has led to the establishment of a global connectivity, while regional identity and the nation's needs are preserved.