Geoscience students led by Senior Assistant Professor Dr Stefan Herwig Gӧdeke from the Geosciences Programme of the Faculty of Science, Universiti Brunei Darussalam, together with groundwater experts from the Brunei Agriculture Department and Preston GeoCEM (B) Sdn Bhd, conducted a geophysical survey using Electrical Resistivity Tomography (ERT) at the Kampong Bebuloh Agricultural Site. The pilot study funded by the Brunei Agriculture Department also aims to delineate subsurface structures and the presence of groundwater for paddy field irrigation in the area, in line with the Brunei Government’s vision of achieving self-sufficiency with regards to staple foods such as rice, fruits and vegetables. 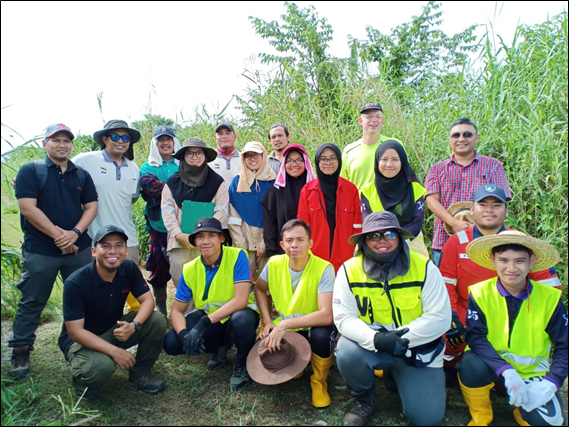 Undergraduate students from the Geosciences Programme together with researchers from Preston GeoCEM (B) Sdn Bhd after completing the survey at Kampong Bebuloh Agricultural Site B1.

Different types of rocks and soils have varying resistivity values. The resistivity of a particular rock or soil sample depends on many factors such as porosity, the degree of water saturation and the concentration of dissolved salts. ERT in this study uses resistivity measurements to investigate rock types and water saturation in the area. This technique, although it has been extensively used in other countries for groundwater exploration, is relatively new in Brunei. The results of this study will help researchers understand the hydrogeological setting of Brunei. 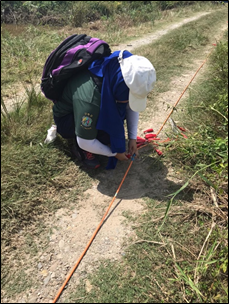 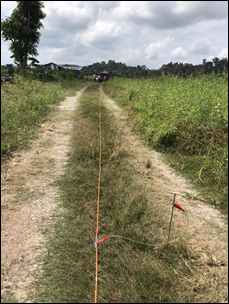 The fieldwork offered the students hands-on experience and a better understanding of the geophysical imaging technology for groundwater exploration. Students were exposed to real-life project work in Brunei. More resistivity surveys will be conducted by the students in the upcoming months.