The SAKURA Science Exchange Program is also known as the Japan-Asia Youth Exchange Program in Science and is promoted by the Japan Science and Technology Agency where it is usually organised by different universities all over Japan. In September 2015, graduating chemical sciences student, and current MTeach candidate, Siti Hakimah, attended the SAKURA Program hosted and fully sponsored by the International Centre for Biotechnology (ICBiotech) of Osaka University. The program was held for 10 days from 6th-15th September 2015 at Osaka University, Japan with a total of 10 participants from countries including Brunei, Cambodia, Laos, Mongolia and Taiwan.


Below is Siti Hakimah’s account of the activities during the program which consisted of lectures, laboratory visits, company visits and cultural exchange day spread throughout the 10 days.


The program officially started off on the 7th September 2015 with an orientation given by Professor Takuya Nihira, the Director of ICBiotech and we were asked to do a self-introduction of ourselves, country and the research that each of us are working on. This was later followed by a number of lectures delivered by the professors from the Department of Biotechology. The lectures were all very interesting and gave me a further in sight of the uses and applications of yeast,enzymes and bacteria in the world of biotechnology which can help in improving the quality of life. 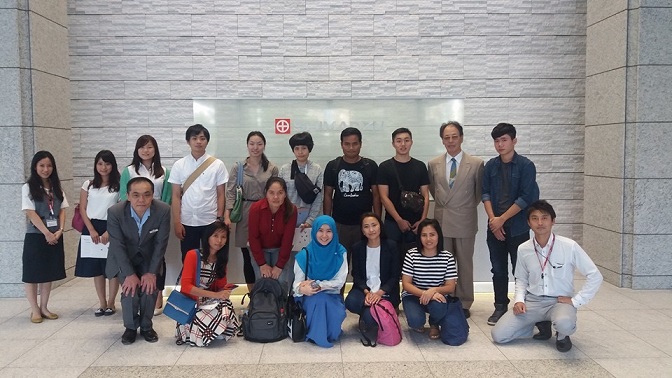 A visit to the Shimadzu Company in Kyoto


"The program officially started off on the 7th September 2015 with an orientation given by Professor Takuya Nihira, the Director of ICBiotech. Each participant was asked to introduce ourselves, giving brief details on our country of origin and our current research. A number of lectures were then delivered by the professors from the Department of Biotechology. The lectures were all very interesting and gave me a further in sight of the uses which provided insight to the uses and applications of yeast, enzymes and bacteria in the world of biotechnology which can help in improving the quality of life.


Apart from lectures, there were also lab visits to the department of Biotechnology in Osaka University where it was possible to get a closer look at how some of the research is carried out.


One of the highlights of this Sakura Program were visits to famous companies which included RIKEN Spring-8 Center, Supercomputer K and Shimadzu. The Spring-8 Center located in Hyogo about an hour away from Osaka houses the world’s highest synchrotron radiation sources which are used to observe materials in the nano-world using X-rays. It was such an unforgettable experience to be able to see the state of the art facility in reality. 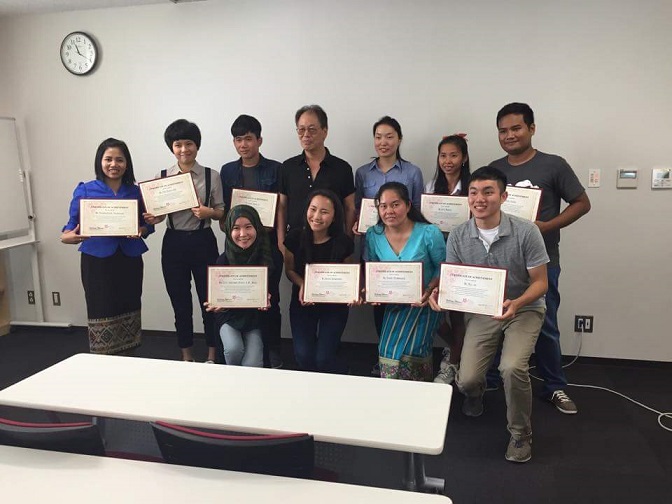 A visit to the Shimadzu Company in Kyoto


Supercomputer K is a center which relies on the supercomputer consisting of high performance CPU’s applied to a wide range of advanced science and technology. Shimadzu Company is a familiar name amongst Chemists as most of the instruments and equipment used in the chemistry lab are produced by Shimadzu.


The seventh day of the program was set to be the Japanese culture day where participants wore a yukata, a Japanese summer kimono worn by both men and women. Participants also watched an English Rakugo, a traditional comic storytelling in Japan performed by the English Rakugo club of Osaka University.


On the final day, each of the participants gave a 10-15 minutes presentation on what was learnt throughout the program and to share future plans if any.

Last group picture with Professor Nihira, the Director of the ICBiotech at the completion ceremony to mark the end of the program


From this program, I was able to receive a deeper understanding and knowledge in the field of biotechnology and its potential uses in improving the quality of life of people. Furthermore, besides from the scientific and technological areas, I was also exposed to the cultural aspect of Japan which was very interesting. Overall, I personally think that the aim of the SAKURA Exchange Program which is to raise the interest of Asian youths towards the leading Japanese science and technologies at Japanese universities, research institutions and private companies a success because it certainly made me more aware of such advances.”